Why you should read "The Count of Monte Cristo" 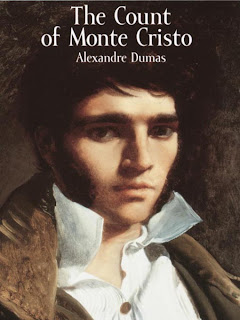 If you didn't read it in high school then you probably should. If you did, you might want to read it again, its a great book. I had a long flight to get through and since I had never read it and had Amazon's Kindle software installed on the ipad, it was a good time to read it. Besides most of the classics are free on Kindle and I wasn't about to pay real money for something like "Girl with the Dragon Tattoo." I'm not all that interested in reading about Jesse James latest girlfriend anyway. By the way, Kindle software is pretty neat, it syncs your purchases across your devices and stores your bookmarks in the cloud so you can pick right up no matter what you are using. I read the book across an ipad, an ipod touch, on my Blackberry and on my Macbook Pro.

Anyway there are so many reasons to read the book. Here are the reasons in bullet points:

Now that I think of it, why were we allowed to read this book in high school? There are so many characters and interconnections too that you need facebook to keep track of them. "Edmond Dantes posted on Mercedes' Wall: Hey babe, see you in a bit, I got a letter to deliver, love you!"

Since I liked the book so much, I inquired about the movie adaptations. Unfortunately they all suck. My cousin Harry tells me the best so far is the mini series starring Gerard Depardieu. I think James Franco and his mustache should play The Count of Monte Cristo in a movie remake. Except it should be like 10 hours long, or made into a mini series. I'll also be satisfied with Korean Drama adaptation.

So anyway go read it. Not on my account, Alexadre Dumas' black daddy says so.

Next up on kindle, Anna Karenina or George Bush - How I hateth the Kanye? I think I'll save the $9.99 and read the classic.
Posted by Unknown at 12:48 AM